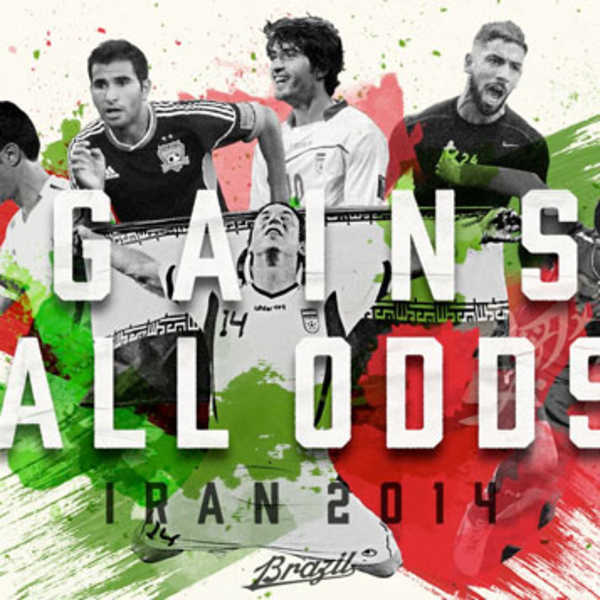 Team Melli 101: Everything You Need to Know about Iran's World Cup Team

Leyla Shams
The 2014 World Cup in Brazil is only days away, and we thought it would be a good time to learn a bit more about Iran's Team Melli, the history and the present. We're excited to share with you what we learned.
Note: As in most other countries besides the United States, soccer is called 'football' in Persian. Therefore, in the rest of this article, we will refer to the beautiful game as 'football.'

You've probably heard the Iranian football team being called Team Melli- so what does it mean? Melli is the Persian word for 'national,' so Team Melli simply means the National Team.

Team Melli was officially founded in 1920, and is controlled by the Iran Football Federation.

The Uniform Features a Giant Silhouette of a Cheetah

The home shirt of Team Melli this year is white with red and green trim, and the away uniform is red with green accents. Both feature a giant silhouette of the Asiatic cheetah, which is an endanged species found only in Iran. The team chose to feature the cheetah in order to raise awareness of the issues surrounding it. 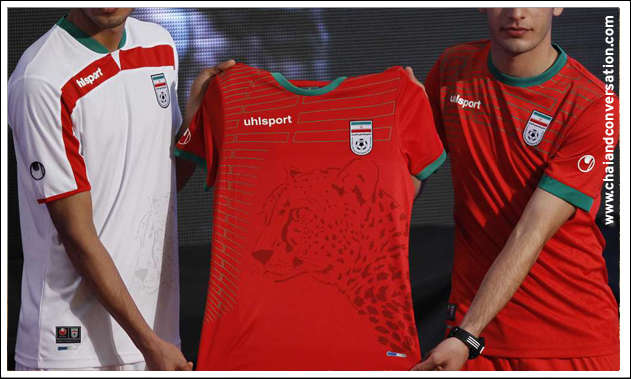 The coach of Team Melli is Carlos Quieroz, a Portuguese football manager, formerly an assitant manager of the English Club Manchester United. He started coaching Team Melli in April 2011. Iran is the third team Quieroz has qualified to the World Cup, the first being South Africa in 2002, and the second Portugal in 2010.

He's said about coaching Iran- "If you have passion for the game, that is always a good starting point. With the passion of the players and the fans, we were able to qualify for the World Cup. When the two biggest teams in Tehran play, 5,000, 10,000 people are in the stadium the night before. That is amazing. We work for the people, that is why it is one of the most attractive jobs I've had in my life." 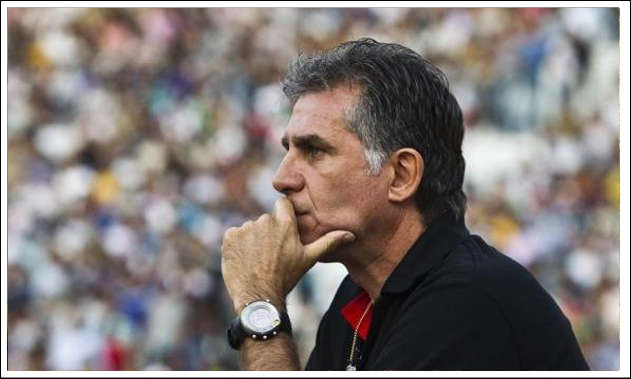 Team Melli was the Second to Arrive in Brazil this Year

Team Melli landed in Sao Paolo on June 3rd, the second to arrive only after Australia. This gives them time to practice in the Brazilian climate, and get acclimated before the games begin. 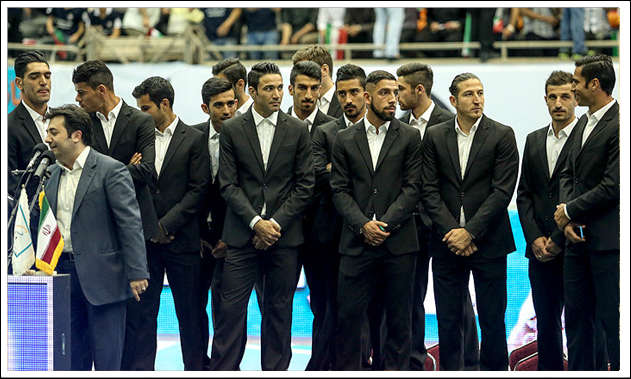 Football is the most important sport in many countries around the world, and Iran is no different. Thousands of men and women are devoted Team Melli fans, as can be seen in the following picture taken from the send-off party before the Team departed to Brazil. 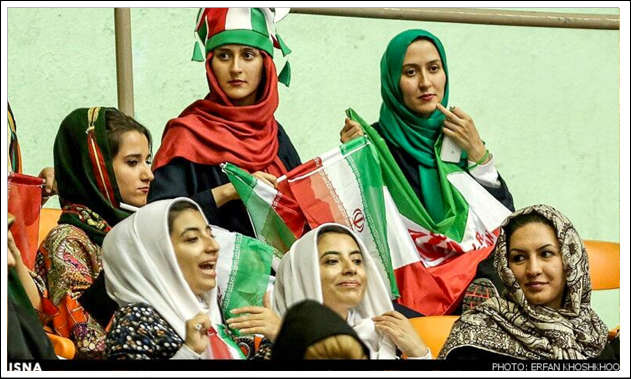 Although Team Melli has been a member of FIFA since 1948, it didn't make an appearance in the World Cup until 1978 in Argentina. Iran scored its first goal in a World Cup match that year in a game agasint Scotland, but did not score any other points that year and ultimately lost to the Netherlands and Peru. 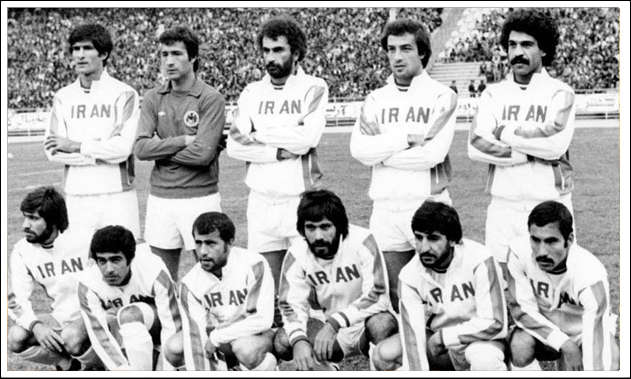 After the Iranian Revolution, football took a back seat in Iran. The Iran-Iraq War further caused football to become neglected. In the mid-90s, however, several quality players emerged in the Iranian football scene, and Iran was able to qualify for the 1998 FIFA World Cup in France. At this period in time, relations between Iran and the United States were particularly tense (more accurately- hostile). This set the stage for the Iran vs. US game, causing it to be called 'the most politically charged game in World Cup history.'

According to Iranian born Mehrdad Massoudi, the FIFA media officer for the match, 'The president of the Iranian Federation wanted to use the match to show his country in the best possible light. He asked the kit man to buy a bunch of flowers for every player to take onto the pitch. They were white roses, a symbol of peace in Iran.' Americans reciprocated by giving the Iranians souvenir pins.

Iran won the game 2-1, causing the US to be eliminated from the World Cup. Iranians all over the world celebrated the charged victory. Despite their loss, Americans seemed to view the game as a gesture of good will as well, with US defender Jeff Agoos saying 'we did more in 90 minutes than the politicians did in 20 years.'

This picture was taken with the Iranian and American players right before the game: 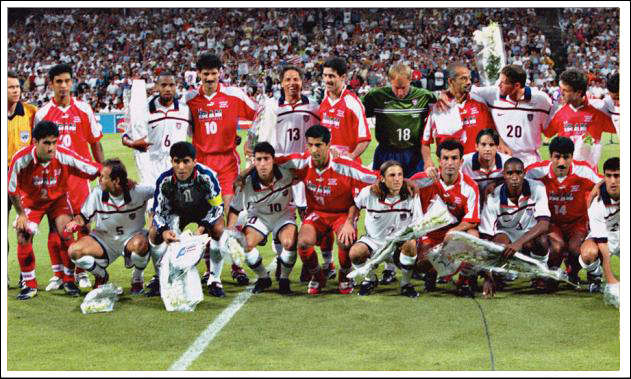 Since the Iranian Revolution of 1979, millions of Iranians emigrated indefinitely to other countries, forming a diaspora of an estimated 4-5 million Iranians abroad.

Since become head of Team Melli, Quieroz has been active in recruiting players of the diaspora to the team. These players include the following:

Some Note-Worthy Iranian Players to Watch at the World Cup

1) Reza Goochannejhad- born in the Netherlands, plays for Charlton, and is considered the starring player of the team

4) Daniel Davari- born in Germany, goalkeeper for Eintracht Brauschweig, is said to have the ability to "make or break Iran's chances in Brazil." Has lots of experience playing in Europe

5) Ashkan Dejagah- has been playing in the premier league for Fulham since August 2012.

When/What Day to Watch the Games

Team Melli is in group F for the 2014 FIFA World Cup, and will compete alongside Argentina, Nigeria, and Bosnia and Herzegovina.

The following times are reported in US Central Standard Time: 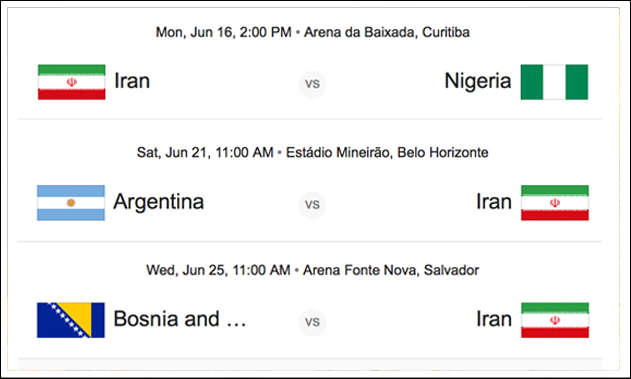 Needless to say, we are beyond excited to watch the World Cup this year, regardless of how Iran does (let's face it, we're in a tough, tough group. Are there any other questions you have about the team that we haven't answered? Leave them in the comments below, and we'll add to our list for all to learn!