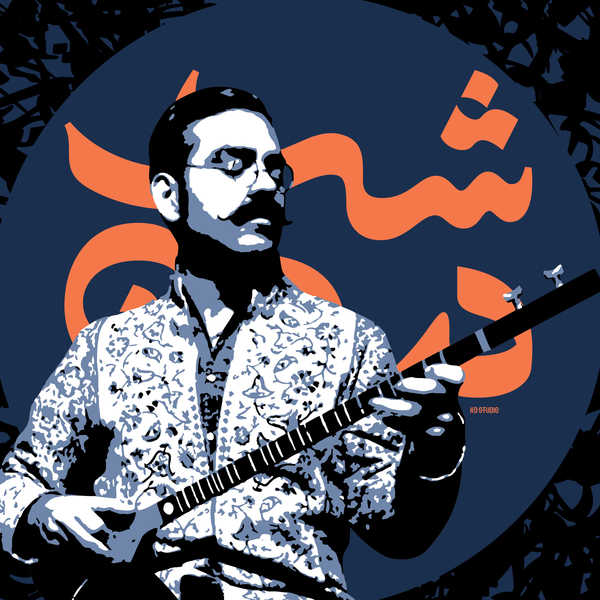 As you know, for the Chai and Conversation podcast, we generally publish Persian lessons, but this time we have a very special treat- a special interview Fared Shafinury, an extraordinary Iranian-American musician. If you’ve been listening to Chai and Conversation, you’ll be very familiar with Fared’s music- he composed our theme music which you hear at the beginning and end of each episode. In addition, I’m very lucky to be able to call Fared a friend- we both attended the University of Texas together here in Austin and have kept in touch throughout the years. He’s become a very well known and successful musician, with several years of composing and performing under his belt.

This interview was actually recorded two years ago when Fared was about to publish a new album. He put a bit of a pause to releasing that album (you might get some insight as to why in this interview) but in late 2016, he finally released 'Into the Night'. We’ll have a song from this album at the end of the interview, so be sure to listen for that.

For more information about Fared, and to hear more of his music, check out his webpage at www.faredshafinury.com.

Listen to the full episode to hear Fared's thoughts on a range of topics, from his background to music, to Perisan language and culture and everything in between, or check out some of the highlights from the interview below:

Leyla: One thing I always tell people when they ask me about the importance of learning a language is that it’s the key to any culture, and to truly understand a people you need to understand their language, but I think the same thing can be said of art and most especially of music. It truly is the way into the hearts and minds of people, and I think that Fared really embodies this concept, so I thought we’d bring him into the studio today to talk about language, art, music, culture, and everything in between. So, to begin with, tell us a bit about your background and what you’re doing now with your music.

Fared: Well, I’m an Iranian-American musician, and I was born in a small town in South Texas called Corpus Christi, but my background is a family of absolute Persian-ness. My identity has always been somewhat of a struggle, trying to understand where I fit in this sort of purgatory of cultures. Essentially music is a space where I can find reconciliation between these worlds.

Leyla: So did you grow up speaking Persian language, or did you have to learn it at that point?

I grew up speaking the Persian language. I think even the schools I would attend were unsure as to whether or not I was born in the States. A lot of that was because I spoke so much Persian, it affected my intonation in English. So for the most part, people thought I’d just come from Iran, but I was like no, I was born here.

That’s a question we get asked often, is how do you keep children interested in the language- why were you able to retain that language?

I honestly feel like if music was not sort of served to me on a silver platter by my father, maybe my interest could have gone infinitely in different direction. I think the music was a key for me. Because when you start learning words, you’re 10, 11, 12, you hear these pop songs, you start singing the words, and you want to really start figuring out what they mean, and you get deeper and deeper into it, for me, I reached a place where actual classical poetry was easier for me to understand than every day lingo.

In that vein, what advice would you have for people of our generation who, grew up not in Iran and are interested in Persian poetry, what would you recommend to them?

Well, I think with anything, one of the beauties of this podcast is that you make it fun, you make it interactive, and you actually bring in the listeners so that they actually implement the language rather than just repeat it. And I feel that when you give kids the keys to a culture, and the key is art, it is music, it is culture, it is illustration, it is literature- they must be mystified by the magic of the culture, and in order to mystify, we must show them the love of the music, or the love of the paintings, or even love of the cuisine. There’s so much that Persian culture presents and I feel it wasn’t until I fell in love with Persian culture that I realized how much this language means to me- then it became so important to learn it and to speak it correctly.