In the first part of our detailed study of Rumi's poem Rooz ō shab, we cover the first two lines, which are:

We go over the vocabulary and phrases in this segment of the poem, and also learn some concepts that are related to the words we are learning. We also learn about the Sufi concept, dar havāyat, of the intimacy of breath.

Hello and welcome to lesson 66 of Learn Persian with Chai and Conversation! This is the continuation of our getting acquainted with the poem Rooz o Shab by Rumi.

For this poem, we’re not going to go out of order- we’re going to learn each line of the poem- 2 lines per week. And because the lines are short, this will give us an opportunity to really delve into the words and phrases that we learn, and cover some variations on the words as well.

So first, let’s begin with the two most obvious words in this selection of the Rumi poem, and that is the words Rooz and Shab. As we said in the last lesson, rooz simply means day. Rooz

In the last lesson, we also learned that the Persian language is quite pliable, and that poets often take advantage of this fact to musicality in a poem. So let’s take the first concept of the first line- dar havayat

The word dar simply means in. There’s nothing tricky about it. Dar

Hava is the word for air. Hava

So in the most conversational version of this, we would say ‘havat.’ Havat

So we are translating this as your air, but it of course means so much more. In Persian, there is a saying ‘havato daram’ which translates literally as ‘I have your air’. Havato daram

This basically means ‘I have your back’ or I’m there for you. So hava in the Persian context means a lot more that air. It’s kind of like the air around you, the air you breathe, the air you are. It’s interesting to note that in Sufism, there’s nothing more intimate than breath, because what greater intimacy is there than breathing in the air that someone else has breathed out. You can’t get closer to a human being than that. So this phrase ‘dar havayat’ is conjuring that kind of imagery- of being in a space with someone, breathing the same air, being as intimate as two humans can be. So again, that phrase is havato daram

I have your back, I have your air- meaning, I am there for you more as much as another human can be. And in the poem, the phrase is dar havayat

in your air. So next, he says bee ghararam. So what is a gharar. First, let’s repeat it, gharar

So gharar literally means a plan, an appointment. Gharar

So without anything to do, a personal without a plan, or lost. Beegharar

If something unexpected happens, it’s common to hear someone start a sentence expressing their dismay by saying ‘gharar nabood’

This comes up a lot in tarof when you’re out eating at a restaurant. Someone will unexpectedly sneakily foot the bill, and then the others will say ‘gharar nabood!’ This wasn’t the plan! Gharar nabood!

So around you I am lost dar and night.

The next line has two different ways of saying it. Fared likes one version which we covered in the last poem, but we will be covering the more common version, and then we’ll go over the version we learned with Fared, because I think that version is even more poetic, and to me, perhaps even more in line with the feelings of the poem. So the next line is sar ze payat bar nadaram rooz o shab. This is an example of a sentence that you wouldn’t say in conversation, but we can understand it poetically. So first a few vocabulary words. Sar means head. Sar

So simple enough head and foot. So in the phrase, sar is used by itself, sar ze payat, but pa is payat. Payat

And this means your foot. So in conversation, this would actually just be said at ‘pāt’ and this is a shortened version of payé to, your foot. Paye to

Which in conversation would be said ‘pat’

Now, why payat then? That is the more literary way of saying this, and it makes more sense in the context of the poem. So your foot, payat

It’s easy to play around with Persian to make it the number of syllables you need as you can see. So paye to, the full version of the meaning ‘your foot’  would have three syllables. Paye to

The most shortened conversational version, pat, would only have one syllable. Pat

And the version that Rumi uses, payat has two syllables. Payat

Which is the perfect amount for the rhythm he’s trying to achieve. So then sar ze payat- ze is actually a different way to say az which means from. az

So you could say sar az payat

But due to the liberties of the Persian language, it becomes ‘sar ze payat’

So, again, if we were going to say this in normal conversation, we’d just say ‘sar az pat’

But in this poem it’s ‘sar ze payat’

And this is something that becomes easier to spot as you become more familiar with Persian poetry- there’s a lot of this shifting of language that happens, and it’s like unlocking a puzzle. So eventually, it will become very easy to recognize the meanings of these phrases. Sar ze payat

So then the word bar nadaram. This means not to lift, not to take. Bar nadaram

So in this context, it means not to take away. Bar nadaram

The opposite of this would be bardaram.

Or, to take. Bardaram vs bar nadaram

So he’s saying he’s there with his head at the lover’s feet, and he can’t take that head away, he’s so in love. Sar ze payat bar nadaram

And of course he ends it by saying rooz o shab. Day and night, I can’t take my head away from you feet. Sar ze payat bar nadaram rooz o shab

So I’m there with my head at your feet day and night. Sar ze payat bar nadaram rooz o shab

And now, the phrase that Fared actually used for this section was sar ze kooyat bar nadaram rooz o shab. So just one word was different in this version. So remember that these poems are very old, and they appear in different versions in different places, so we don’t know which is more correct, or even if one is more correct than the other. But kooy is the word for a small area within a city- you can also translate it as an alley. So not a major street or a major city. But, in the past, for example, large cities had little areas in them that would be called ‘kooys’- almost like a tiny suburb of a big city today. The word isn’t used very often in conversation now, but you will hear it in literally Persian or poetry, so let’s learn it now. Kooy

All right, and there we go, we’ve now gone over the first two lines of the poem. Lets’ listen to my aunt reciting them.

Now, remember as we said, the best way to learn these poems and all the vocabulary and phrases that come along with them is to memorize them and recite them. We had an amazing student video that we emailed out a couple weeks ago- if you’re on the mailing list you will have received this. Please please do email us with videos of yourself reciting these poems- it’s so inspiring to us and to other people who are on this language learning journey!

For now, we will end this lesson here. Thanks so much for listening, and please join us next time as we continue learning Rumi’s poem, Rooz o Shab. 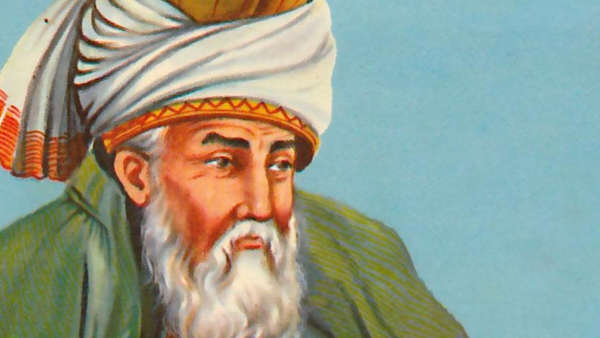