In this Persian/Farsi reading and writing lesson, we go over the three letters of the Persian alphabet that we learned about as purely as vowels, و آ and ی، and see them in a different context. The letter ا remains a vowel, but can take on interesting properties when combined with other consonants. Previously, we learned the letter و as having an 'oo' sound. However, in this lesson, we learn how it can also be a 'vé' in other contexts. So, it can go from being a vowel to being a consonant. Similarly, we learn ی as a vowel sound previously. However, in other contexts, it can be a 'yé' instead.

We'll go over the different forms of our special letters, learn how they interact with our different vowels (including themselves as vowels), and learn how to write several new words using our 'new' letters. 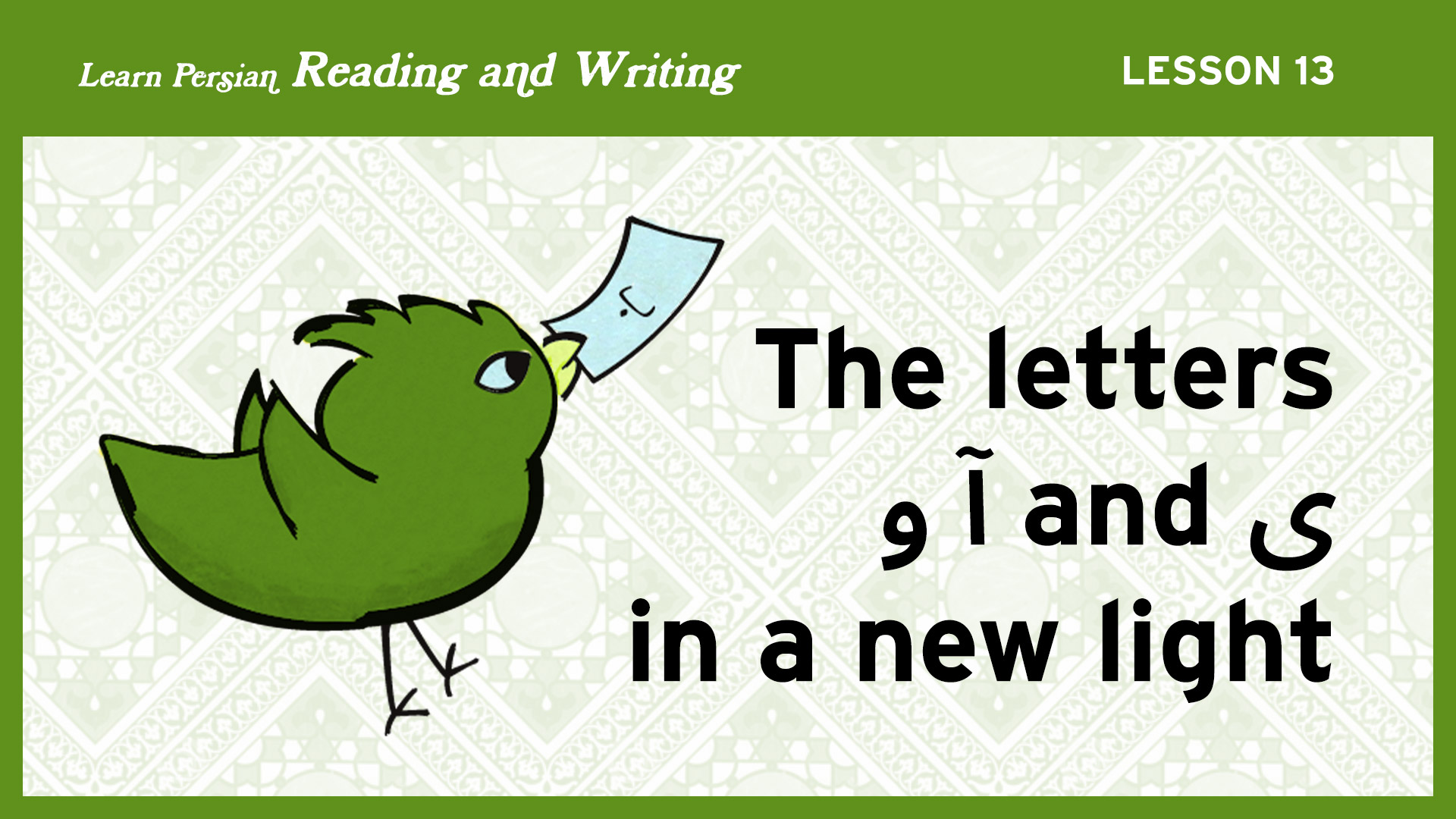 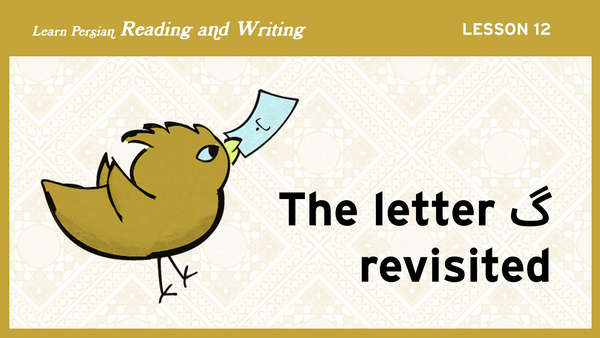 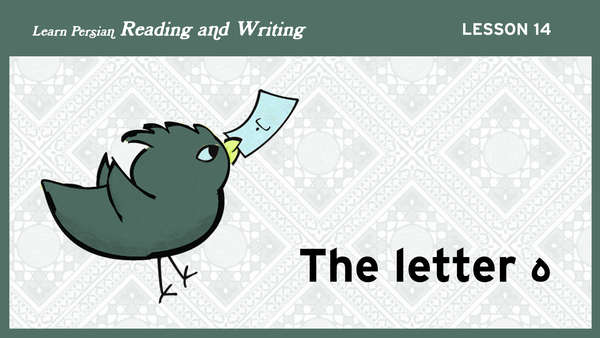