Leyla: Welcome to lesson five, the fifth in our series of grammar lessons.

Matt: We hope you've been enjoying the lessons so far.

Leyla: We're getting into very intermediate territory in such a short period of time, so let us know if you have any questions, or if we haven't explained something quite well enough yet

Matt: As always, you can go over previous lessons, and download essential bonus materials on our website at www.chaiandconversation.com, with CHAI spelled CHAI

Leyla: And enough of that for now, Matt, are you ready to begin learning?

Leyla: Great, then let's begin to learn Perisan with Chai and Conversation.

Leyla: We spent the first few lessons in this unit going over verbs, and last week, we had a bit of a break to learn about the concept of ezafe. This week, we are going to go back to verbs.

We've already gone over a few simple verbs, and how to say them in the past simple tense. An example of a simple verb is raftan, to go. Raftan

Leyla: So what I mean by simple verb is that it's just one word. The majority of Persian verbs, however, are compound verbs. This means that they consist of two or more words. The first word in a compound verb is either a noun, adjective, adverb or preposition, and the second word is a simple verb. This will become more clear after we go over a couple of examples. Thankfully, a large portion of these compound verbs are produced with the help of two simple verbs, one of which we've learned in a previous lesson! So the two verbs are shodan, or to become, and kardan, or to do. We learned 'kardan' and its conjugations in lesson 23. If I wanted to ask you, Matt, what you did over the weekend, I would say 'akhareh hafteh cheekar kardee?'

Leyla: We learned that this means 'what things did you do over the weekend.' So this is the first compound verb we learned- kar kardan.

Leyla: And this means to do work. Kardan, again, is to do, and kar is work. So as we learned in lesson 23, in this context, it's used to mean general activities, like what general activities did you do over the weekend.

So, let me illustrate the use of this word in compound verbs with a few examples. Kardan literally means 'to do', but in many compound verbs, it also is used to mean 'to make'. This can be seen in the example of 'To make a phone call, or, 'telephone kardan'

Leyla: To play in Persian is 'bazi kardan'

Leyla: so again, you're literally saying 'to make play'. To cook in Persian is 'ashpazee kardan'

Leyla: So let's take go back to the first example of kar kardan, and use it to literally mean 'to do work'. We learned in lesson 23 how to find the past stem of the word, and we do this by taking off the an sound off the end. So what is the past stem of kardan Matt?

Leyla: Exactly, kard. We went over the conjugation of the past stem of this word in lesson 23, but since it's so important to the concept of compound verbs, let's do it again now together as a refresher. So I did is 'kardam'

Leyla: You did is 'kardee'

Leyla: He, she or they did is oo kard

Leyla: We did is ma kardeem

Leyla: You, formal did, is shoma kardeen

Leyla: And they did is oona kardan

Leyla: Great, so let's go back to the concept of working, or, as we are going to say it 'to do work'. So to say I worked, or again, I did work, we say kar kardam

Leyla: We won't go through every single conjugation, as you should be able to figure it out by now. But as a tester, Matt, how do you say they worked, or 'they did work'

Leyla: Exactly, oona kar kardan. Or how about we did work?

Leyla: Great, exactly! So let's go back to our previous examples. To play, is bazi kardan

Leyla: So Matt, how would you say you, informal, played?

Leyla: Great! How about he played?

Leyla: Exactly. So to cook is ashpazi kardan

Leyla: How do you say you, formal, cooked?

Matt: And how about we cooked

Leyla: We also learned how to say 'to make a phone call'. Do you remember the infinite of this Matt?

Leyla: Right, telephone kardan. So how would you say 'we telephoned'

Leyla: Ok, right, and how about I telephoned

Leyla: Great, I think you get the hang of this. Let's learn a few more compound verbs using to do, or kardan. A very common one using words we've learned before is 'kar kardan'

Leyla: This means to work, or literally, to do work.

To say I practiced, you say 'tamreen kardan'

Leyla: So how do you say 'I practiced'

Leyla: to watch is 'tamasha kardan

Leyla: So how do you say 'I watched

Matt: To make is 'dorost kardan'

Leyla: Exactly, dorost kardam. Now let's take this a step further and learn how to use these compound verbs using kardan in sentences. Let's go backward, and start with dorost kardan. Let's say you want to say you made a sandwich. You would form the sentence by saying 'Sandeveech dorost kardam.'

Leyla: As you can guess, sandeveech is the word for sandwich in Persian. So you can think of the sentence as saying 'I did make a sandwich. Next, for the compound verb tamasha kardan, to watch, you could say 'feelm tamasha kardam'

Leyla: Can you guess what this means Matt?

Matt: I watched a film.

Before that, we learned 'tamreen kardan', or, to practice. to use this in a sentence you could say, I practiced piano. In Persian, this would be 'piano tamreen kardam'

Leyla: And before that, we learned kar kardan. Let's form this into a sentence by saying I worked today. In Persian that would be 'emrooz kar kardam

Leyla: And just for practice, Matt, how would we say 'I worked yesterday?' The word for yesterday is 'deerooz'

Leyla: Perfect, derooz kar kardam. Now let's go over the next common verb used in forming compound verbs, and that is the verb to become or 'shodan'

Leyla: This is an extremely useful verb. So first, let's figure out the past stem of the verb- Matt?

Leyla: And how did you figure that out?

Matt: By taking the –an off the end of the verb

Leyla: Exactly. So let's go through the conjugations. I'm going to say the English, then listeners, you try to say the correct conugation in Persian, and then check your answers with Matt. Go ahead and say the subject in this case, so that we remember it better. So first, I became

Leyla: He or she became

Leyla: You, formal or plural became

Leyla: Ok great. This verb, like kardan, can be used to form a whole host of compound verbs. Some of the most useful are those involving personal feelings. Let's go through a few of these, using the first person conjugation. So to say 'I became happy', you say 'khoshhal shodam'

Leyla: This is used often as a form of goodbye- for example, getting off the phone with someone, you can sign off with 'khoshhal shodam', meaning, your call made me happy. Khoshhal shodam

Leyla: It more literally translates to 'I became uncomfortable' but in the Persian language, this means the same as I became sad or upset. To say I became angry you say 'asabanee shodam'

Leyla: To say I became tired you say 'khasteh shodam

Leyla: This is used when talking about an establishment or an object- it's literally 'to become open.' So for example, to say 'the door opened', you say 'dar baz shod'

Leyla: The opposite of that would be 'basteh shodan'

Leyla: And this means 'closed'. So to say 'the door closed' we would say 'dar basteh shod'

Leyla: Or, the store closed would be 'maghazeh basteh shod'

Leyla: And as you can tell, the word for store in Persian is maghazeh

Leyla: You can use this in several different ways. For example, to say 'the food became ready', you say 'ghaza hazer shod

Leyla: Or say you've been getting ready to go somewhere, and you just put that last shoe on. You say 'hazer shodam'

Matt: Ok, before we wrap this lesson up, let's go over a dialogue that illustrates this concept with a few of the verbs we've learned today. I'm going to start

Leyla: Ok, this was a very simple dialogue, but illustrated this concept. So I first asked Matt, Akhareh hafteh cheekar kardee? Which means

Matt: 'What did you do during the weekend?

Leyla: This is a compound verb and it means 'I cooked', or literally 'I did cooking.' I asked 'chee dorost kardee?

I asked Ladan chee fekr kard. I snuck in a compound verb we didn't go over in the lesson and that is fekr kard

Leyla: This means 'to think'. It's more literally 'to make thoughts'. So chee fekr kard means 'what did she think'?

Matt: So as you can see, compound verbs are very prominent in the Perisan language, and pretty much inescapable if you want to make conversation. And with that, let's wrap up this lesson.

Leyla: Thanks so much for joining us

Matt: As always, bonus materials can be found on our website at www.chaiandconversation.com, with Chai spelled CHAI 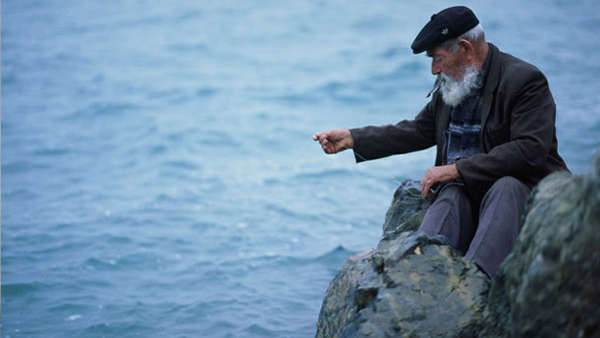 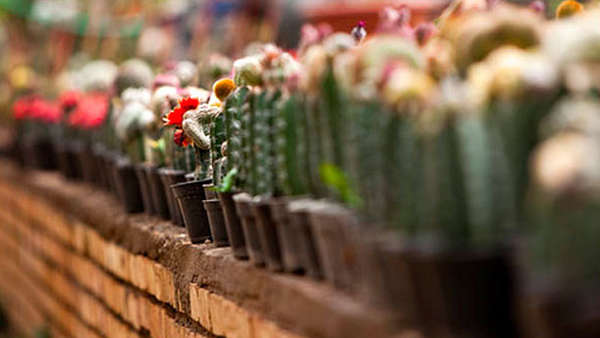