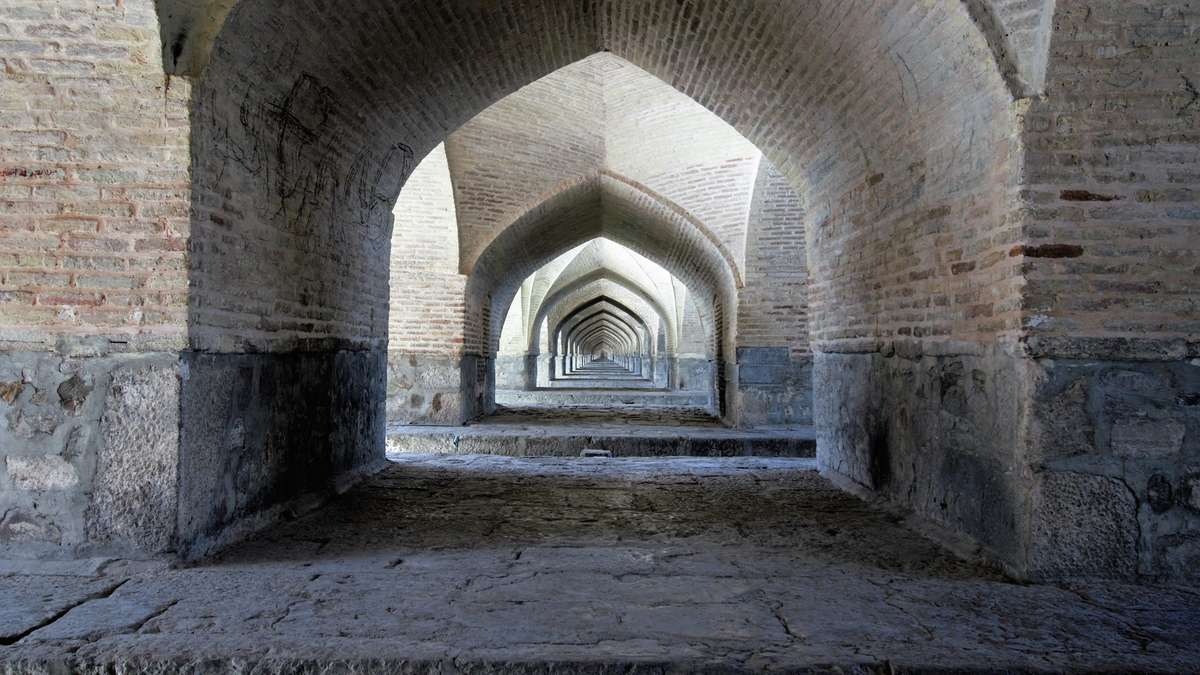 Leyla: Hello and welcome to lesson 79 of learn Persian with Chai and conversation. My name is Leyla and I'm your teacher for the course.

Chris:  And my name is Chris. I'm the co host for our vocabulary sprints, and my husband and I'll be learning Persian along with you.

Chris:  to cover a section of the vocabulary words that are associated with this theme, but there are lots more and lots more material that you can cover. You can find that material on our website. It's Chai and conversation.com Chai spelled ch CHAI.

Leyla:  and without much further, Chris, are you ready to begin to learn?

Leyla:  All right, then let's begin to learn Persian with Chai and conversation. So if you're following these podcasts in real time, we are releasing this episode in March, which is the month of the Persian New Year. So Iranians don't follow the same calendar as they do in the West. It's not the Gregorian calendar, which starts on January 1, instead, the first day of the new year is on March 21. And what is that holiday called?

Chris:  Well, that is nowruz. That's a very important holiday in, in the Persian tradition. It's, it's one of my favorite. We've done videos on that before. But why is it that the Persian calendar starts in March?

Leyla:  Well, because it's the first day of the spring starts usually around March 21. This year, it's actually March 19. It's the earliest that I've ever seen it, but it's when the earth enters the equinox. It's the first day of the new year and so our calendar goes along with Be seasons. So for today, we're going to cover time and dates. And we're going to go over the seasons. And let's get right into it. So Iranians have two different words for the word time. So let's start with that. One word is simply vakht. And as you should know by now, when I say a word, and Chris repeats it, you should repeat it along with him. This is a little bit of a difficult word to say, again, it's vakht

Leyla:  And this is more, add the word for the measurable time. So like hours and like time of the day. So something that you can measure is vakht

Chris:  vakht. so so what I use that word if I was going to ask you what time it is,

Leyla:  We'll get into that. But the other word that we have for the concept of time is zaman

Leyla:  That's right. And if you could see me right now I said that word with a lot of With a dramatic flair because it is a very dramatic word. It's it's the concept of, you know, the epic time of like,

Leyla:  zaman. So some on exactly. So it's not something that's just like measurable that you can see throughout your day. It's like, the concept of like time flowing zaman.

Chris:  Okay, so for our listeners, let's all take a moment, stop whatever you're doing, unless you're driving, and, but let's all contemplate the infinite and say zaman.

Leyla:  all right, and let's get into kind of the more measurable concepts of time. Let's talk about the seasons. Okay. So, season in general is fasl

Leyla:  Yes. So it's a little hard because you have this two constants together the se and the le sound, fasl

Leyla:  fasl and season and we're about to get into the season of spring. So spring in Persian is bahar

Leyla:  perfect to Bahar and after Bahar comes summer, tabestoon,

Chris:  It is I love the fall because you get to wear jackets and I think I look best.

Chris:  zemestoon. So again let's go over all of these spring, bahar

Leyla:  Ok, now let's go to other more more measurable concept of time. So let's start off with a year a year is called sal

Leyla:   a month is called Mah.

Leyla:  and mah is also the word for moon unrelated. Mah,

Chris:  and also is very close to the word for fish.

Chris:  Yeah, you Mahi, you would know that if you listen to our first vocabulary sprint.

Leyla:  That's right. And then a week is hafteh,

Leyla:  So let's keep going. Let's make it smaller a day. You should know this one really well. Chris it's Rooz

Leyla:  And that's the name of our firstborn son.

Leyla:  and then keep going a minute. Daygheh

Leyla:  So this word is a little difficult because it's that's not how it's written. In written version, it's dayeegheh, but no one says that they all say, dayegheh

Leyla:  Yep. So we're gonna just say it like that daygheh

Leyla:  So that one's really easy, Sonyeh. So again, let's zoom out and then go all the way to a second. So a full year sal,

Leyla:  and a minute daygheh

Leyla:  So then how do we say days of the week? We say roozhayeh hafteh

Leyla:  great, so days of the week. So again, we're, we're learning, you know these measurable concepts of time. So. So now this is a hafteh, let's learn the days of the week. So, in Iran, actually you only have one day off. It's not like the weekend in in the west where you have Saturdays and Sundays off. Your day off is Friday. And so the days of the week start on Saturday. So let's start learning with with Saturday and you'll see why this makes sense. Later. So the word for Saturday is Shambe,

Leyla:  And this is another one of those where you see it written. It's very different than spoken. In written it's actually with a nice sound shambeh, but for some reason everyone pronounces it with a M sound. So that's how we're going to learn it. Shambe,

Chris:  So it's, it's one day after shambeh.

Leyla:  Yes. And then Monday is do shambeh

I'm starting to see a pattern.

Leyla:  Exactly. If you know your numbers, you know that the next one Tuesday should be seshambeh.

Leyla:  Great. And then Wednesday,

Leyla:  again, another one of those words when it's pronounced. It's just charshambeh. Then, Thursday panj shambeh

Leyla:  And then finally,

Chris:  is it going to be what I think it's gonna be?

Leyla:  and that one is so jome tateeleh Fridays off. That's a big concept. jomeh tateele

Leyla:  Yeah. Which means Friday is free. It's off. And just to go over In the midweek days, so in Iran, it'd be Sunday through Thursday. Vasateh hafteh

Leyla:  Yes. So vasateh hafteh, middle, or akhareh hafteh means end. And obviously, there's so many more words that we can learn about time and about seasons. This is again, the month of the beginning of the year, it's a good time to go over these will have a ton more on our bonus materials that you can go over yourself. That again, the concept of time let's go over one more time. The word for time can either be vakht

Leyla:  and zaman is going to keep keep quote flowing by we know that time keeps moving you will find the best thing you can do is study a little bit of Persian every day. While you are while zaman that one keeps moving right

Chris:  we have one existence here we have one, one chance to experience Zaman to you, so you better learn Farsi and Persian and keep driving, if that's what you're doing or pull over and contemplate the infinite.

Leyla:  That's right. So this was our third lesson in the vocabulary series will be back next month with another theme topic. And we'll learn more vocabulary with so thank you so much for joining us.

vkhodaHafez from Chris. And that's it. 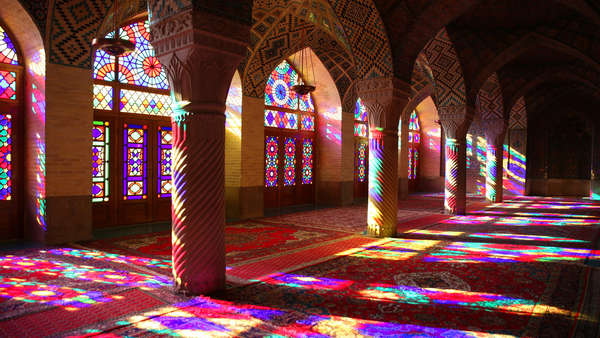 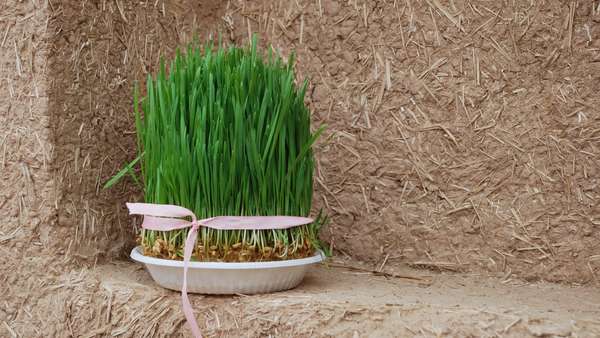