As promised, here are some links to some of our favorite Persian wedding songs!

Matt: Hello and welcome to Lesson 57 of Learn Persian with Chai and Conversation. We’re so glad you’ve joined us.

Leyla: We have a chai and conversation email list- which if you’re not on it, go to our website to sign up. When you sign up, you receive a series of emails I’ve written over the course of a few weeks. In one of the emails, I ask why you’re learning the Persian language. We receive tons of replies to this email, but I read and answer each and every one of them. So, in reading these emails, I’ve come to learn that the number one reason people listen to our podcast is for the same reason you’re learning the Persian language Matt- they’ve fallen in love with someone who speaks Persian. There are people learning for other reasons as well, but those in relationships with Iranians make up a large percentage of our listeners. For this reason, we think it’s a good idea to spend this entire lesson going over a topic many of you hope to have to know about sooner or later, and that is the topic of Iranian wedding customs. Now Matt, you and Ladan, as I recall had a Persian style wedding.

Matt: It’s true- we had a Persian ceremony, complete with the table, the sofreyeh aghd, and a reception with plenty of Iranian dance music.

Leyla: Yes, I remember it well! So the thing Matt just mentioned- sofreyeh aghd- is a big part of the reception, so we’ll go over that too. But first, let’s begin with the basics. We learned in Lesson 19 of Chai and Conversation a lot of the language of love and relationships, so if you a need a refresher on those, go back and listen to that lesson. So first, the word for wedding in the Persian language is aroosi

Leyla: And the word for marriage is esdevāj

Leyla: So the verb to marry is ezdevāj kardan

Leyla: And Matt, how long ago did you get married?

Leyla: Wow, five years ago already. So,  a marriage, in Iranian culture as well as many other cultures, begins with a proposal, or khastegaree in Persian. Khāstegaree

Leyla: Khāstan is the verb meaning ‘to want’ in the Persian language, so it’s literally something like wanting- proposing. Khāstegaree

Leyla: Now, in traditional Persian custom, khāstegaree is quite a bit of a family affair. It’s not just between a man and woman as it is in western culture. Rather, the entire family of the man goes to the family home of the woman, and they discuss the possibility of marriage together as a group while drinking some chai. Traditionally, marriages are arranged by the families, but of course, in modern times this is changing rapidly. In Persian culture as in western culture, the proposal is signified by a diamond ring. Diamond in Persian is almās

Leyla: And ring is anghoshtar

Leyla: So if the khāstegaree goes through, and the couple becomes engaged, they become each other’s nāmzad

Leyla: And the engagement party thrown for them by family is called the nāmzadee

Leyla: And the engagement party in Iranian culture is a really big deal. It’s seen to set the tone for the relationship and for the marriage. So now let’s move on to the wedding itself. Weddings in Iranian culture, as you no doubt know Matt, are a very big deal. Iranians do not have small quiet weddings. They see weddings as big boisterous events to be celebrated with tons of friends and family. In general, in Persian culture the philosophy is that when there’s a cause for celebration, or when there’s good fortune, it’s important to share that good fortune by providing for others. So, in the case of the wedding, the merriment is shared with a large number of friends and relatives of the happy couple and their families

So, like in the western tradition, the wedding is broken up in to two parts- the ceremony and the reception. The wedding ceremony in the Persian culture is called ‘aghd’

Leyla: And we’ve heard this word because we learned that the table that is central to the ceremony is called ‘sofreyé aghd’

Leyla: So you might remember from our discussions of the Persian new years table that the concept of the sofreh is important in Persian tradition. For new years also, we have a sofre, which just means a spread- and on the new years sofre, we have items symbolic to that type of year- to new beginnings, rebirth and renewal. Similary, for the sofreyeh aghd, or the matrimonial spread, we have items symbolizing the union between two people. We won’t go into too much detail, because we could devote an entire podcast just to items on the table, and you can find a listing of all the items you’d find on the spread on a blog post on the Chai and Conversation website that we’ll link to on this lesson page. But a few of the items include sweets, or sheereenee to symbolize the sweetness of the union. There’s a mirror that is placed directly across from the bride and groom- they can look into the mirror and see each other, and this symbolizes that they will spend eternity together in union. There are candles that symbolize the eternal flame and passion for one another. The sofre is also lavishly decorated with flowers, colored eggs (representing fertility of course), and other colorful food and embellishments. In some weddings, the sofre is extremely lavish, and others it’s more simple. But, no matter what, it’s a really important part of the aghd in any Persian wedding. I remember you had quite a sofreyeh aghd in your wedding Matt

Matt: We did- Ladan’s mom spent a lot of time getting the table ready. You had a really impressive one as well.

Leyla: I did! My mom also spent so much time on every detail of the sofreh. And as you remember, the bride and groom will sit in front of the table during the ceremony. Above there heads, there will be a canopy made of silk held up by women in the family. And if you remember Matt, ladies take turns churning two pieces of solid sugar over the canopy, making it look like it’s raining sugar over the bride and groom’s heads.

Matt: I do remember that part. Ladan’s family members even got my mom and aunts to participate in that as well.

Leyla: That’s right. So, we’ve basically gone through all the elements of the aghd- there’s a sofre, and the bride and groom are seated in front of this sofre while the person performing the ceremony- usually an old man- is doing his thing, which similar to western marriages, is just talking about marriage or reading a verse of the ghorān, or reading poetry, or whatever it is the customs and rituals of that family are. At the end, he asks the groom if he’s agrees to marry the  bride, and the groom immediately says, balé, the word for yes, which you should already know. Baleh

Leyla: And then he asks the bride the same question, do you agree to marry this man, and this is where it gets fun- instead of answering right away, the bride remains silent. At this point, guests will yell out something like ‘the bride has gone to pick flowers! she’s not here!’, and then he will ask again ‘do you agree to take this man as your groom’, and again she remains silent. Again guests will say ‘she’s gone to visit her friends!’. This is a little playful back and forth that happens, and it’s meant to make the groom a little nervous- will she say yes?? Or does she still need to think about it? But finally, on the third ask, she will say baleh! After which the entire ceremony erupts in applause, and everyone rushes up to kiss the bride and groom and give them cash and gold. Let’s pause here to learn two extremely important words. The word for groom in Persian is dooād

Leyla: Great, and the word for bride in Persian is aroos

Leyla: And aroos is the word that aroosi comes from, the word for wedding. Aroosi

Leyla: Perfect! So after the aghd comes the mehmooni

Leyla: And mehmooni is the general word for party in the Persian language. Of course, this isn’t just an ordinary mehmooni- you could call it a mehmooneeyé mofasal

Leyla: Mofasal is a great word to add to your arsenal- it means something like epic or grand. Mofasal

Leyla: Which means an epic dinner. And of course there’s lot of dancing and merriment that comes late into the night. If you haven’t been to a Persian wedding, you’re definitely missing out. It’s a full party of all ages, and everybody dances- all the way from the barely walking babies to the old old grandmother that can barely move- somehow on the dance floor everyone becomes alive and kicking! There are several wedding songs that are associated with this happy time that we’ll link to on the website, and we’ll end with one of my favorite wedding songs- shadoomād by vigen.

Matt: If you’d like to learn more about Persian weddings, check out the link to our two part series on weddings on the show notes for this lesson at www.chaiandconversation.com/lesson57.

Leyla: The next lesson in this cultural series is going to cover vocabulary associated with babies! 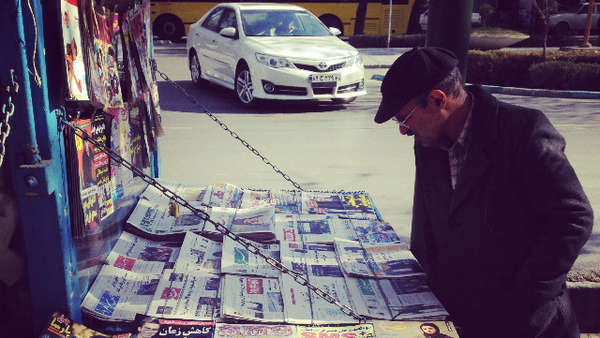 The Etiquette for Talking on the Phone 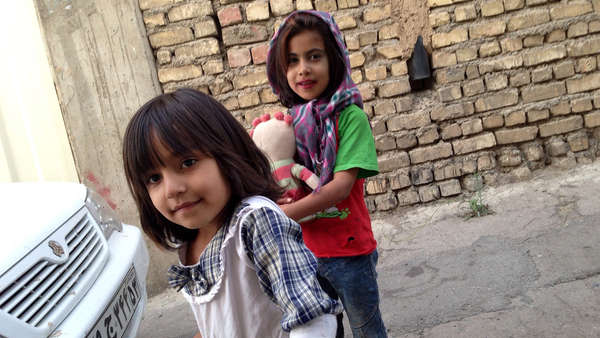